LA TROYA” is known as the authentic fiesta and best night of Ibiza. The father of the creature is Brasilio de Oliveira, an icon in Ibiza and the rest of the world, for his innumerable events in Ku-­‐Ibiza and Ku-­‐ Privilege one of the first clubs in the island. More than 30 years making parties and connecting people, has become the oldest, respected and wanted promoter on the island.

LA TROYA started the Ku-­Privilege called “La Vaca Asesina” where it broke public records for 4 years, followed by Amnesia for another 14 years with the same glamor where it won the prize of the best party in the world and where Brasilio was manager for 4 years taking all the 7 parties of the week to succeed. From Amnesia to Space Ibiza where he stays for another 4 years because all the best clubs want to try the success of LA TROYA.

Around the world more them 100 parties held in the best nightclubs in the most exciting capitals.

However, every Wednesday night, happiness, illusion, magic, and transgression are bestowed upon thousands of admirers from all over the world.

Keeping the same team and image with the same tone of freedom and harmony for so many years is a very great success.

Brasilio and his crew continue being the image of great events. Breaking molds on the island like Babylon, the Temple of Love, in the Hell, in the prison, in Calcutta and Brazil.

Some words from Brasilio, our Creator 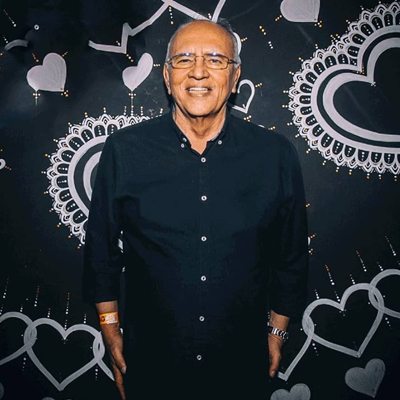 Brasilio De Oliveira Neto
“LA TROYA is the most fun party I’ve ever done, I always listen to every detail, I like my guests to feel at home, I always try to go unnoticed that is why people know my name more than my appearance. Proud of being who I am, my concept of importance is very own for me. Most important for me are my friends and my team. I do not like differentiation, seems to be a mistake, everyone is welcome in my parties and well treated, this is the true Ibiza and I would like that it continues like this “.
0+
Events
0
International artists
0
Years
0
Countries
0
Purpose 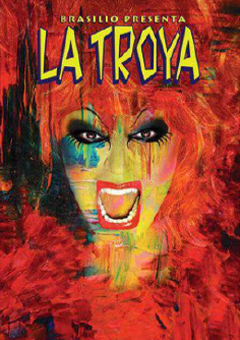 “La Troya” is widely regarded as the most original, and the best party in Ibiza. For over thirty years it has been guided by one man with an exceptional vision of what a night out can be. The creator of this landmark is Brasilio de Oliveira, himself a legend in the club world of Ibiza and beyond. Starting with the parties he created at Ku-Ibiza and Ku-Privilege, he has devoted more than 30 years of his life to producing events and bringing people together. He has become the most senior, respected and beloved promoter on the island.
Learn More